Maine coon with a human face scared me every night Under the velvety voice of a reader Stephen King in my phone , I slowly fall asleep. How intense the plot is with King, so lulling this monotonous voice. She jumped onto the bed and, barely touching the paws of the bed, walked silently to the head of the bed. She sat right on my head and purred, drowning out the speakers. It is impossible to drive her away. You push it back, push it, fold it (and even kick it mentally) - with manic persistence, it returns in a second. She wants to do only what she wants. And at the moment she does not want to leave. She seems to be saying with all her looks: you have to kill me in order to achieve your goal ...

Realizing that she will not leave the bed, I put her a smale pillow, a rag, to interest the toy. She interested. Slobbering toy. I take the pillow by the tip, gently tow it to the edge. Well, so that at least not in your ears purred.I fall asleep a little. But she is near again. I open my eyes, almost scream in horror - she sniffs me and looks at me point-blank. And no longer purrs. I didn’t tell you that her face is human? 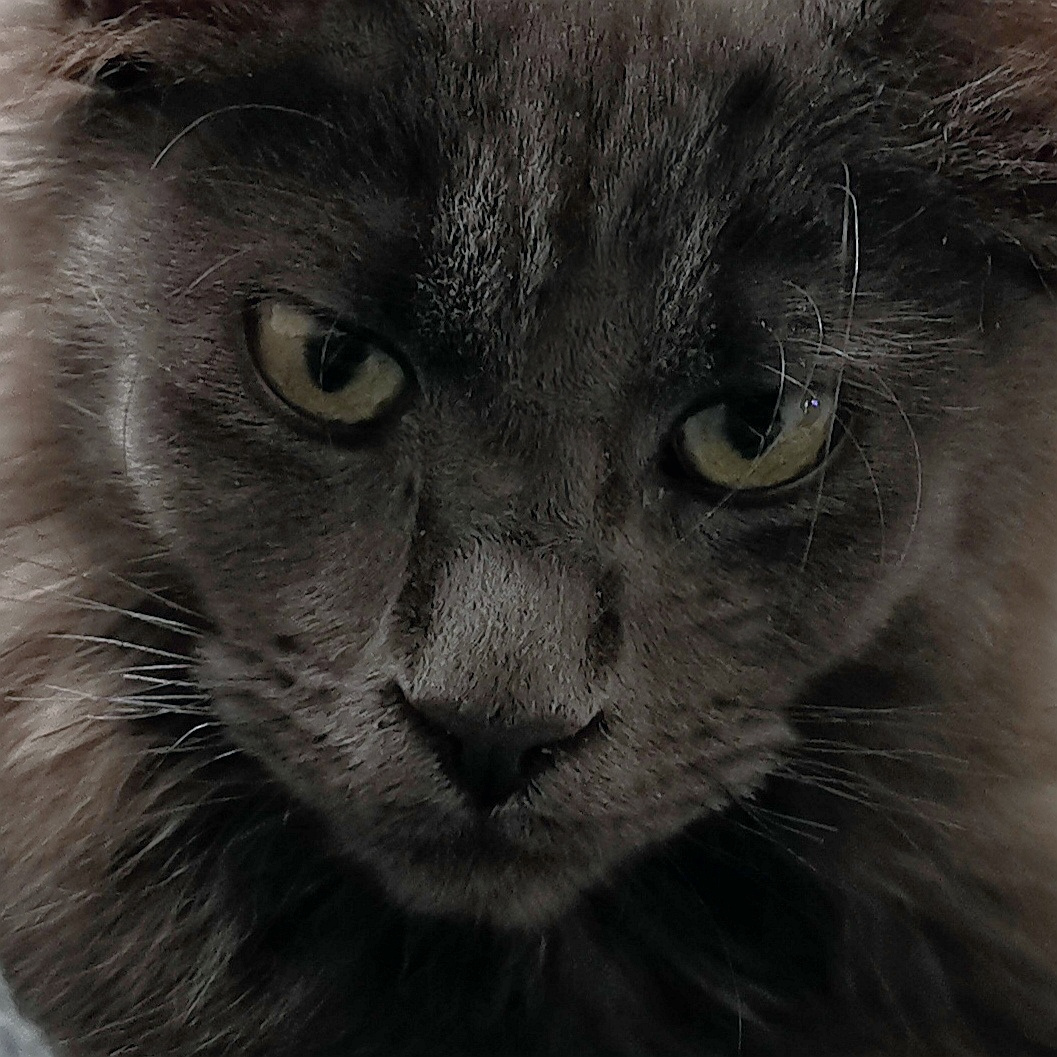 She sits as close as a silent shadow. She watching. It disturbs me, from this the dream is superficial, twitchy, clip. Through a dream I see a motionless vigilant silhouette. My face is thrown back, she feels a change in breathing, leaning on my collarbone, she rises and looks behind my cheeks - do I sleep. I opened thin slits, but she catches it, the sweep of my eyelashes flew to her sensitive vibrissae. She extends her paw and touches my cheek, as if using a sponge to dry my damp skin. I do not move.The sponge touches the eyes. Eyes! I sigh ... And then, in response to my awakening, there is a rumble of all energies rattling from the ground and increasing in volume, it’s like an avalanche. Through the blurred exhausted consciousness, I understand: She. Purrs.I turn over to the other side - she crawls onto my shoulders, dangling from them, looks into my face again, sees closed eyes, but she doesn’t give a damn, she crawls gracefully and sits on my face, and she remains to sit. If I slept soundly, she would strangle me gently. I remembered the book “Kill Me Tenderly”, by the way, an excellent thriller. I push her back, she glides over the sheet, not even resisting, only meowing quietly. Her voice is quiet and gentle, she emits mrrr and mrryau in a-minor, and I wants to feel sorry for the poor thing, such a lonely, destitute, which no one loves. I stroke, caress, scratch behind the ear. But then again, if she wants to. She is almost never want to sit on the hands; she slips out like a silk scarf from weakened hands. But she likes, for example, looking at you point-blank from 5 centimeters or touching your eyelashes with her paw (freeze, do not blink, otherwise she will start hunting them!). This pet looks in your face and answers your remarks with some phrases of its own, which I can’t translate. But I can assume. For example: “Where were you,” “Wake up, God damn you,” “Feed me, twit,” “Well, play with me, serf!” And with such an affectionate voice in a-minor. And we, serfs, we play, we feed, we iron, we caress, we scratch. And let her be, and let she watching.